THE MEMBER OF OUR ASSOCIATION IS AGAIN THE AGRO-ENGINEER OF THE YEAR! 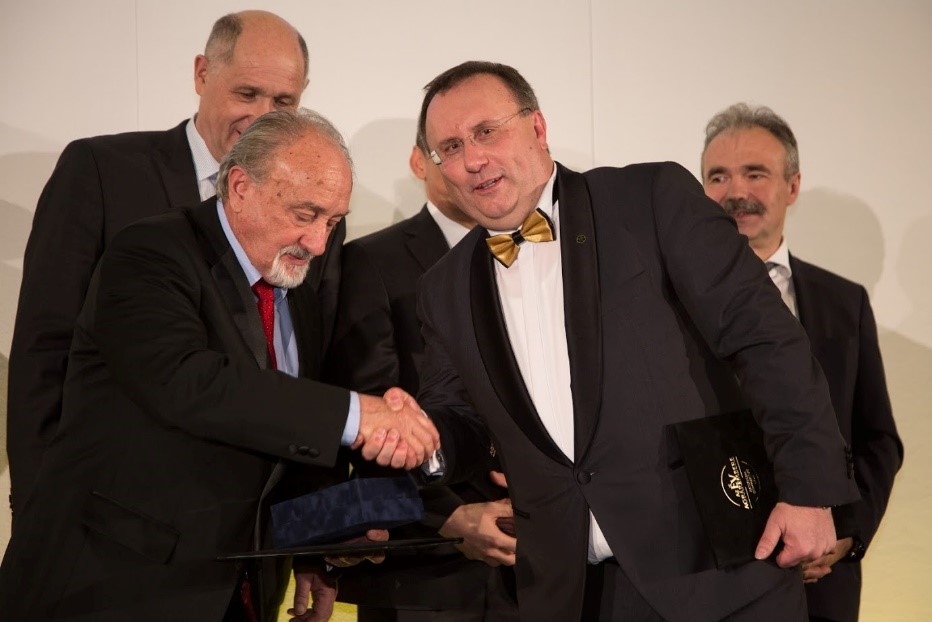 On 2 February (Saturday), a grand gala was organised where the Agro-man of the Year awards were distributed. The high-quality event was held in Park Hotel in Eger. The prize-giving ceremony was attended by Mr. Dr. István Nagy, Minister of Agriculture, along with several prominent personalities of the sector

The moment of awards

Of the ninety candidates, each jury selected the three finalists in several rounds. “Agrarians” of the specialties were announced at the event. Agrotechnical Engineer of the Year (2018) became Prof. Dr. Jóri J István.

The plenary report is being prepared

We sincerely congratulate Pista for the acclaimed achievement!

The jury is meeting